After a slow start to the tournament, The Redbacks were able to finish the tournament off with three consecutive victories, only losing to Fremantle and Geraldton who contested the final on Sunday afternoon. The tournament was organised with a round robin format on Saturday with Fremantle, Geraldton, Hale, Old Guilford Mundaring, and Rockingham Redbacks looking to make the final.

A disappointing way to start the tournament for the Redbacks, particularly after dominating the game for the first 10 minutes, including a penalty corner shot that clipped the post.  Fremantle then applied a pressing formation which the Redbacks struggled to cope with as the speed and intensity lifted.  With Fremantle’s confidence growing, they then scored 4 goals in the final 15 minutes for a deserved victory.

Whilst the result was disappointing, it was a good lesson for the younger Redback players  (Regan, Marc, the Price boys, Jason and Brandon) and newcomers such as Josh about the speed and intensity of clubs such as Fremantle and what it takes to compete against a top club in WA.

A much improved performance from the Redbacks who were unlucky not to win the match.  The Redbacks ran with purpose and created numerous opportunities however were not able to score.  What was pleasing was the improvement in the intensity of the younger players who clearly are listening to instruction and are intent on improving the quality of their game.

Two turnovers in defence; two goals to Geraldton, both of which were contenders for goal of the tournament.  Geraldton were well organised in defence and very quick on the counter attack. The Redbacks continued to improve however the painful lessons that come with turnover goals was not lost on the players. At the end of the match coach Mark Sandhu said to the players “All of you are obviously fit as you ran your ***** off out there chasing the game from our turnovers!”

A breakthrough game for the younger Redback players against a Hale team missing its international players that is still a quality team and plays a very polished style of game. The Redbacks absorbed the pressure of the Hale attacks and hit back with strong counter attacking play, breaking out in numbers with support from the defence.  The goal came late in the match after some excellent close passing in the circle to a wide open Nick Gerrard at the top of the circle.

What was very pleasing to coach Mark Sandhu was the players sticking to the team structures, the improvement in the player’s skills under pressure and their decision making.

An early start did not worry the Redbacks as they came out and restricted a Hale side intent on returning to winning ways.  There were numerous opportunities at both ends with the teams playing attacking hockey.  Nick Gerrard was able to score both goals from penalty corners to ensure a victory for the Redbacks. The preseason workload the Redbacks have completed to date is clearly evident as the players adapt to Coach Mark Sandhu’s team structure with high numbers of rotations, enabling players to play at higher levels for a shorter period of time.

Another pleasing effort with the Redbacks winning after falling behind early in the match.  The players continued their improvement, creating numerous opportunities scoring the winning goal with 30 seconds left in the game. It was particularly pleasing to see the Redbacks stick to the team structures despite conceding an early goal and achieve a result that rewarded the effort they have put in.

The weekend tournament has provided much needed experience for the younger Redbacks and provided the team an opportunity to adapt to the new style of play implemented by coach Mark Sandhu against very good opposition. There is still work to do however the team is in a very good position to continue to improve on its skills, intensity and fitness leading into round 1.  Opposition players and coaches at the tournament also commented on the improvement they have seen in the Redback’s fitness levels and changes made to the style of game being played.

With players soon to return from injury, those players who were unavailable for the tournament and the arrival of up to two more import players there is still a lot more room for improvement for the Redbacks in 2012.

A special mention to Nick Gerrard who was named runner up MVP for the tournament, Brandon for scoring the goal of the tournament if only the umpire (and everyone else) had been able to see it, and to the all the boys for the very loud rendition of the club song after the tournament!

Thanks to the Geraldton Hockey Association for hosting what was a very enjoyable and competitive tournament. 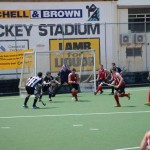 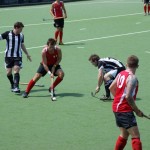 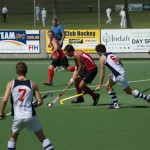 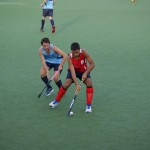