There was a little apprehension among parents of the J9/10 boys travelling to the picturesque, riverside grounds of Lilac Hill, Caversham (home of the Old Guildfordians & Mundaring Hockey Club) for the Round 10 match on Sunday. The boys had not dropped a game at all through the first seven rounds but then drew one-all against the NC Raiders in round eight just before the four week break, a team that they had previously beaten 5-nil.

The first game back after the break, against bottom-of-the-ladder Modernians, did not eventuate when the Mods forfeited the game. So sitting at the top of the ladder, after a lacklustre draw followed by 5 weeks without a match, the boys were up against fifth placed OGMHC, who had beaten second placed Kalamunda the previous week. On top of this, the match was to be only the second game played on grass so far this season.

The boys’ first grass match was a hard fought 3-2 win back in Round 6, which clearly highlighted how much the boys had become accustomed to playing on turf. Despite the lapse in game time, the boys played awesomely together, showing marked improvements in their team work and playing skills on grass. They dominated the match, keeping goalkeeper Tristan largely unoccupied by restricting their opponents’ chances at goal. On the few occasions that OGMHC did get close to scoring, the defence stayed on task, keeping the home team scoreless throughout the game.

At the other end, the OGMHC defence were largely ineffective against the Redbacks’ charge. Whilst their goalkeeper did block some scoring opportunities, our boys kept up a constant attack on goal, and despite some narrow misses came away with a 7-0 win. Goal scorers Walter, Scott and Caleb (two each) and Zac (one) were ably assisted by the rest of the team in a well-orchestrated challenge that resulted in the boys sitting six points clear at the top of the ladder.

With three home games left before a Round 14 clash away against currently second placed Kalamunda, the conclusion of the season promises to be a nail-biter. Coach Donna is sure to make the boys work hard to further capitalise on their achievements so far. 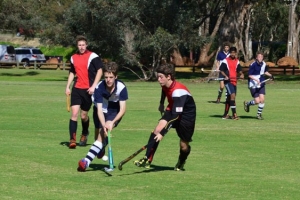 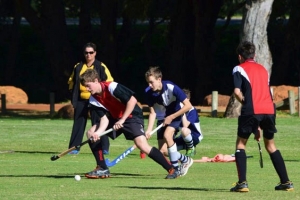 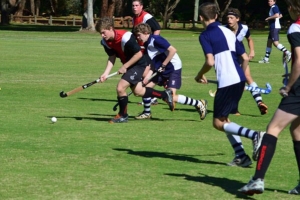 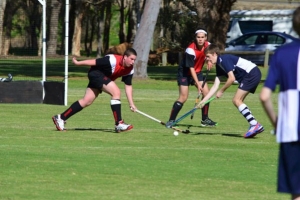 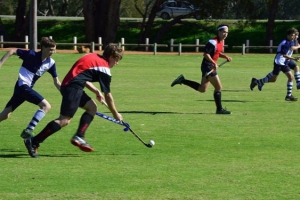 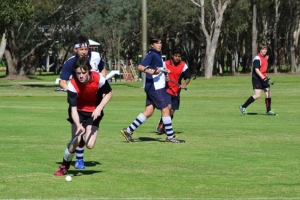 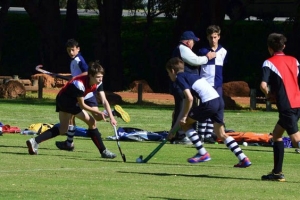